Tonight, I want to stay.
No, I won’t go away.
Your midnight scent I will inhale.
Until the moon breathes another day.

Tonight, I want to stay.
Oh, let not distance take me away.
The sun will smile, either way,
so please, just let me stay.

My left-hand hangs incomplete,
without your right.
The space of seas between our souls
just doesn’t feel right.

So please, don’t be astray.
Tonight, with you, I’ll stay.

Sharing with you some excerpts of my poetry book, Poems for S! 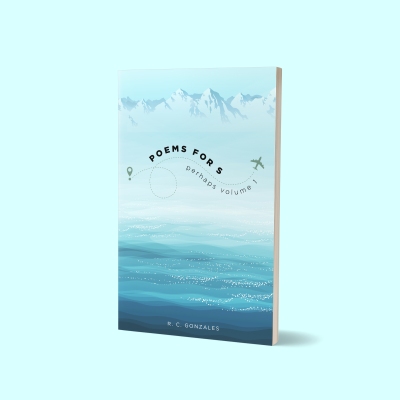 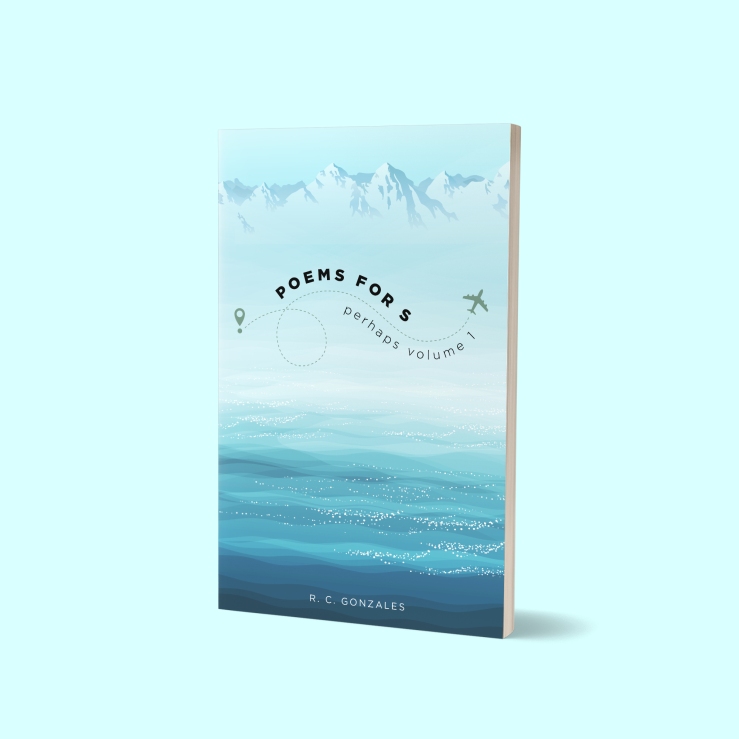 This book of poetry believes so.

Containing over 100 poems written for several years, this collection features the unsure and the blurry beginnings of a relationship made possible by Instagram. Yes, you read that right. Instagram.

Beyond physical attraction, it was and still is a soul connection between a poet and a musician/photographer parted by mountains and seas.

The poems carry a true story of how the everyday calls between two artists turned from friendly to something more. How it took them both by surprise. How they were both afraid and unsure.

With four chapters, swinging from certain to uncertain, from happy to sad, from loved to hurt, from longing to glad; this book covers the mosaic of feelings all hearts go through when “in love”.

More than the poetic forms and the metaphors used, this book is first and foremost a gift from one heart to another.

From a she to her “he”, wrapped with a prayer for their love to be blessed be. 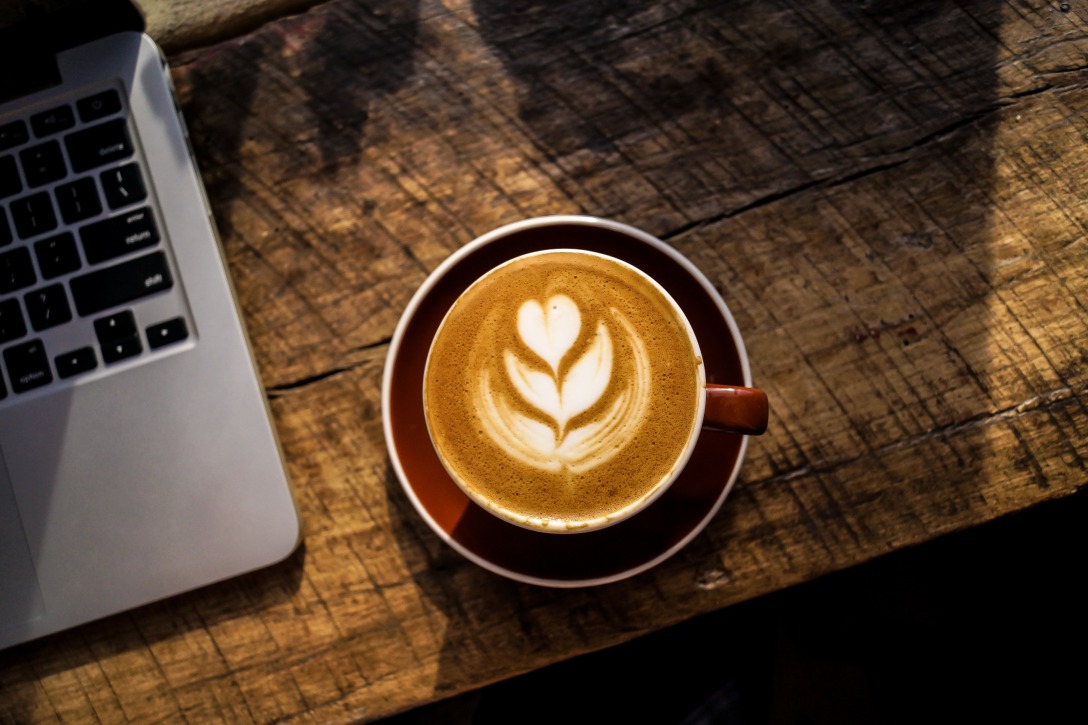 Rushing and rushing because the days are turning, turning as the sun keeps on shining and setting!

Would you like to seat for a few minutes and take some needed breather and talk, of course, have tea or coffee or beer with me! 😀

So September ended swiftly and there are not scarlet and almost bare trees! (Blessed are those witnessing the beauty of the fall! :D)

Here is my corner, I was able to do this month:

This month will be extra busy because I have a big event in my work. So… my plans are:

I am not sure if I will still be able to participate with my favorite prompts but I will try! 🙂

The book is still, sadly, in its editing phase! BUT I was able to talk to a potential artist, a fellow Filipina, who will do the cover. ❤

I will also be unveiling the title anytime soon! ❤

By the way, please do get a copy of two of my best of friends here on WordPress who are both EPICALLY talented novelists! Their books are:

I pray for a terrific October for everyone! If you want to share your plans with me, please do so! 🙂

Sending some love from me to you! ❤

Nicholas Sparks and Mitch Albom fans out there, listen up!

2015’s last quarter will be the best part of this year as my ultimate favorite scribblers will release their newest books before this year ends! (i’m so happppppppy!)

So here are the details!

Mitch Albom first announced his new book titled The Magic String of Frankie Presto! This will be out on November 15. 🙂

Here’s what it is all about:

The Magic Strings of Frankie Presto is the epic story of a fictional icon – the greatest guitar player to ever walk the earth —and the six lives he changed with six magical blue strings.

In Albom’s most original and sweeping novel to date, the voice of music itself narrates the story of its beloved disciple, young Frankie Presto, born in a burning church, abandoned as an infant, and raised by a blind music teacher in a small Spanish town. War rips his life apart, and at nine years old, Frankie is sent to America in the bottom of a boat. His only possession is an old guitar and six precious strings.

But Frankie’s talent is touched by the gods, and his amazing journey weaves him through the musical landscape of the twentieth century, from classical to jazz to rock and roll, with his stunning playing and singing affecting numerous stars along the way, including Duke Ellington, Hank Williams, Elvis Presley, Tony Bennett, Carole King, Wynton Marsalis and KISS.

Frankie, briefly, becomes a pop star himself. He makes records. He is adored. But his gift is also his burden, as he realizes the power of the strings his teacher gave him, and how, through his music, he can actually affect people’s lives – with one of his six strings turning blue whenever a life is altered.

At the height of his popularity, tortured by his biggest mistake, Frankie Presto vanishes. His legend grows. Only decades later, having finally healed his heart, does Frankie reappear—just before his spectacular death—to change one last life.

A lifelong musician, Mitch Albom’s passion for the subject shines through on every page. With its Forest Gump-like romp through decades of actual music, The Magic Strings of Frankie Presto is a classic in the making. Heartrending and inventive, Albom’s latest novel is infused with the thematic message that “everyone joins a band in this life” and those connections have the power to change us all.

Just last week, I almost cried when I read in my Facebook wall the news from Nicholas Sparks himself!

It is almost more than a year when I last read his story, The Longest Ride and I am happy to share to you the news about his upcoming book, See Me!

There’s no cover page yet, though this book will be released on October 13!

Maria Sanchez, the hardworking daughter of Mexican immigrants, is the picture of conventional success: with a degree from Duke Law School and a job at a prestigious firm in Wilmington, she is a dark-haired beauty with a seemingly flawless professional track record.  And yet Maria has a traumatic history of her own, one that compelled her to return to her home town and left her questioning so much of what she once believed.

A chance encounter on a rainswept road will alter the course of both Colin and Maria’s lives, challenging deeply held assumptions about each other and ultimately, themselves.  As love unexpectedly takes hold between them, they dare to envision what a future together could possibly look like . . . until menacing reminders of events in Maria’s past begin to surface.

As a series of threatening incidents wreaks chaos in Maria’s life, Maria and Colin will be tested in increasingly terrifying ways.  Will demons from their past destroy the tenuous relationship they’ve begun to build, or will their love protect them, even in the darkest hour?

Rich in emotion and fueled with suspense, See Me reminds us that love is sometimes forged in the crises that threaten to shatter us . . . and that those who see us for who we truly are may not always be the ones easiest to recognize.

So… last quarter’s just the best time of this year!!!