I was not able to post a weekend book list last Friday due to heavy rains. But surprisingly, last weekend was my most productive weekend book reading so far.

Here are the awesome book reads that I had this weekend. 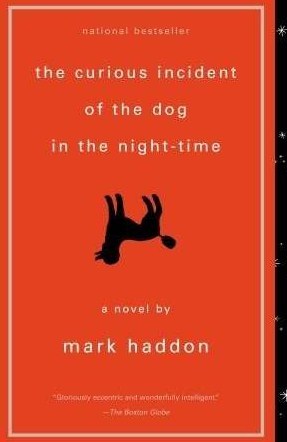 1. The Curious Incident of the Dog in the Night-Time by Mark Haddon – This book does surprise me in a very good way. It is cleverly written and the character is humorous in a foolish but realistic way.

2. The Selection by Kiera Cass – I reserve my book blurb about this series but I can’t help myself to say that this series is AWESOME! Really! The book covers are all gorgeous and the stories inside are equally stunning.

3. The Elite by Kiera Cass 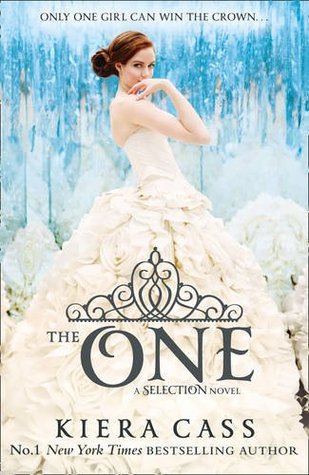 4. The One by Kiera Cass

It seems that I’ve got a lot of reviews to do so there it is!

It is day 11 of 30 Day Book Challenge. So here’s my answer to the question for the day:

Because this is published on 1939, I think this one’s really a classic.

I just recently read And Then There Were None by Agatha Christie and it is my favorite classic book, for now. (Because To Kill A Mockingbird is in my TBR list also and I’ve heard it is a very good read.)

She is the first author in my list of new writers to try and among her so many books, I have picked this novel. Surprisingly, the story’s great. The first time that I have I read Ten Little Indian, the re-hashed version, I had goosies! Bad goosies!

I would like to say more but I won’t. I’ll reserve my blurbs for my review. I hope I can write my review for this creepy book tonight or tomorrow.

I have been blogging for less than a month and here’s another blog award nomination. My leap of courage towards blogging is indeed worth it. Thanks a lot smalltowncitygirls! You don’t know how much this means to me. Please do check out her blog as well!

The rules for this nomination are:

14. Books: The Cheapest Vacation You Can Buy

Woah! I thought I will not be able to blog today. Luckily I am able to have some free short time.

So here is beckysblogs‘ 30 Day Book Challenge’s question for Day 10.

10. A book you thought you wouldn’t like but ended up loving it.

Oh! That will be the Twilight  series by Stephenie Meyer.

I am not really fan of vamps and witches and all those supernatural creatures. My niche is really on realistic romance, philosophical fictions and crime mysteries. That is why I really have no interest on reading Twilight, which back then was really creating endless buzz.

Until my friend Ericka, asked me and my boyfriend to accompany her and her boyfriend on their movie date. They would like to watch Eclipse. I have no choice so I go. I watched Twilight and New Moon first so I will not look like a fool while watching the series’ third installment. After I watched Eclipse, I liked the story but still, I am not really crazy about it yet.

It was when I watched the Breaking Dawn part 2 when I was really awe-struck on how well the screenplay was written. Because of that movie, I have decided to read the book.

That is a decision that I will never ever regret!

Love your parents as long as they are there.

These are the haunting words that stayed in my mind after I have read For One More Day  by Mitch Albom.

For reasons I can’t figure out, the last two books that I have read are both about parents who died. Maybe this is God’s way of reminding me to show love as long as they are there. Because once a parent is gone, he is gone and you can do nothing about it.

As I expected, Albom has shown his writing prowess especially about life after death. This novel is a short read but it is indeed ‘meaty’.

The story is about Charles ‘Chick’ Benetto who has become so broken after his mom Pauline ‘Posey’ died. As a son, Chick long for his father’s approval and love. As he strives to be a daddy’s boy, he unconsciously ignores the love that her mom has been giving him. He just realized how much his mom meant in his life after she died.

The story’s premise is plain yet it moved me. Albom has written the whole novel with the right amount of humor and emotion. His dialogues are not trying hard, they are just realistic.

I like how he inserted Chick’s ‘Times My Mother Stood Up For Me’ and ‘Times I Did Not Stand Up For My Mom’. Those life events are realistic and either heartbreaking or touching at the same time.

He ingeniously end and begin a scene in a vivid manner that you can clearly understood what is happening. You can never be lost in his way of storytelling.

Lastly, I like the ‘heart’ of the story. Well, all Albom books possess ‘heart’. This is not a thrilling or even fantastic novel as compared to the new modern novels, but the heart of the novel speaks for itself. The words are alive and it tugs the heart in a very special way.

The scene that put me close to tears was when Posey indirectly admitted that she cleaned houses to have enough money to send Chick and her sister in college. Albom niftily wrote the scene in the best way that can make the reader realized his point; there is nothing that a mother cannot and will not do for her child.

It is such a touching scene as Chick realized how much her mom loved him and how much he would have wanted to change the way he had behaved towards her mom.

“When you look at your mother, you are looking at the purest love you will ever know.” – Chick

“Kids chase the love that eludes them.”

“Don’t you ever tell a child something’s too hard.”

“When a lost loved one appears before you, it’s your brain that fights it, not your heart.”

“When someone is truly in your heart, they’re never truly gone. They can come back to you even in unlikely times.”

“Sticking with your family is what makes it a family.”

“Behind all your stories is always your mother’s story, because hers is where yours begins.”

The novel ended in a ‘peaceful’ way. It is really amazing how Albom talks about death in a lively and not melancholic way.

If you want to have a break with those fantasy and complicated yet imaginary novels, this is a MUST read.

This is an easy question because recently, I have been hugely disappointed by a book that has so many good reviews about. I’m talking about the Uglies series by Scott Westerfeld,.

At first, the story’s premise is really unique and interesting. Actually I almost liked the first book and I have read it for almost two nights only.

The ending though is a bit contradictory to its entire plot but still I decided to try the next book, which is the Pretties. This is a decision that I soon regret because it was really a waste of time. The story just got worse.

What I really loathe about this novel is the main character itself, Tally. She changes her mind as soon as she changes her clothes. That is the impression that her character has given me.

Unlike the heroines of dystopia novels who lived up to their principles and goals, Tally seems to just go with the flow. Sometimes her personality is strong, sometimes she’s not. She’s just so indecisive. So I just don’t like her.

After I have finished Pretties, I have abandoned the series and I will not continue it ever.

(Sorry I’m a bit harsh but it is really disappointing.)

Another weekend is over and I happily made my Weekend List a reality.

I am now done reading For One More Day by Mitch Albom and it is not a disappointment. Albom is really a consistent writer that can talk about life and life after death with ease. He is really a genius of his craft. (I’m a fan! Yes!)

I am now almost done reading And Then There Were None by Agatha Christie. The exclamation marks are quite distracting. Hmm..

I will be writing my book reviews for this book hopefully today or maybe tomorrow.

Now I am back on track so here’s the question for the 8th day of beckysblogs‘ 30 Day Book Challenge.

My answer will be based on the books that I have read already. This question is a bit hard and I consulted my Goodreads account to look for an answer.

As what the data have shown, Paulo Coelho’s books are quite the most underrated books in my Read list. I can understand why.

Coelho’s books are mostly about faith and principles in life. As what I have said in my book review for his ‘Veronika Decides to Die’ novel, Coelho discusses realistic topics that are sometimes funny but are always true. There is absence of thrilling mystery or innovative dystopian aspects that are common in modern novels nowadays. Also, Coelho’s novels are mostly deep and full of sense.

Maybe this is why his novels are rated a bit lower as compared to Young Adult books with dystopia themes.

Although for me, I like almost all his works. Though sometimes it a bit too deep and hard to understand but the wise words and the way he discussed the realities of life are enough reasons for me to keep on reading his works.

Now here’s my answer for the Day 7 challenge.

This question is a bit synonymous with the Day 4 question which is ‘my comfort book’.

It is because my comfort books are my guilty pleasure books as well. I am really sorry if I am a bit predictable but I am really a huge fan of Nicholas Sparks and Mitch Albom.

I hope, now that I am done reading all their novels, (though I hope more novels from them will come out soon) I am now starting a reading journey with new authors that I have heard great reviews about.

So there you go!

Because I was not able to post a blog for Day 6 and 7, I will be making up for it today. So first here’s beckysblogs‘ Day 6 question.

This will be the very first novel that I have read which is Rising Sun by Michael Crichton. You can see my review here: http://wp.me/p4ZhSl-R

This novel is quite memorable for me because this is the book that introduced me in the world of reading. I was in fourth year high school during that time and before my classmates and I can graduate, my English teacher required us to do a book report. In order to produce a book report, you need to read.

My church mate Lilet lent me this book, Crichton is her favorite author. This novel ended up to be a very good choice because I enjoyed the thrill of reading a crime novel. I have read this book for I think four or five times.

This is surely a good book because this is the reason why I become A Reading Writer.