Reading is my cheapest leisure and I am blessed to have plenty of time to do it during this past few days. So to update you guys on my 2015 Reading Challenge, here is my version of book entirely based on its cover.

As I have posted in my last update, I finished reading  Stargirl (Stargirl, #1) by Jerry Spinelli and because I have come to love Stargirl and Leo’s eccentric love story, I read its sequel which I think can be considered a book based entirely on its cover. It is Love, Stargirl (Stargirl, #2). 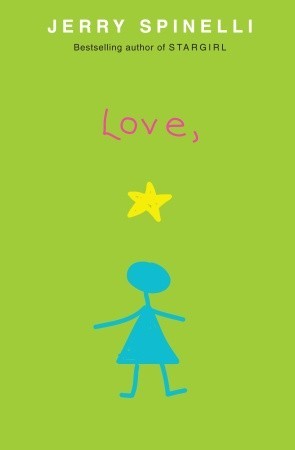 Why is a book based entirely on its cover? Majority of the book was told through a letter from Stargirl, which is why I think it is titled “Love, Stargirl”.

If the first book was told in Leo’s point of view, it is Stargirl’s turn to tell her story after her sad ending with Leo. (SPOILER!) Honestly, there are some dull parts in this second book. This again proves that in a novel series, the first book is usually the best.

On the other hand, Spinelli was still able to vividly paint Stargirl as the odd yet full-of-kindness teenager. New characters were also introduced and they somehow gave new angles to the story.

Finally, the ending is what I liked best. There’s is no happy ending YET, oh I hope there will be one! But Spinelli was able to give me goosies with just one word: YES!